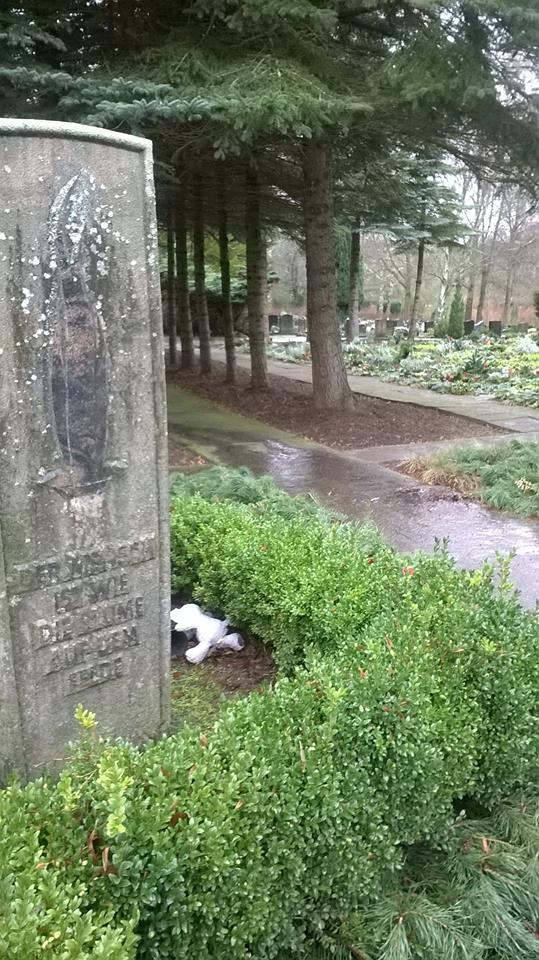 Words such as forced psychiatric treatment and torture recall a dark chapter in Germany’s history as well as similar incidents occurring in authoritarian systems. The thought that psychiatric forced treatment and acts of torture have also occurred in a re-united Germany from 1990 onwards—in fact, are still happening today—may at first seem far-fetched or even absurd. The author, whose work has been published by the Hamburg-based publisher underDog Verlag, describes experiences either he himself underwent or those undergone by individuals treated in German psychiatric hospitals and institutions. As the author of the book “The Voices of Those Remaining,” I also personally belong to this group of people. At 17, while in the middle of a life crisis after a tumor illness as well as an identity crisis following my realization I was homosexual, I was moved from the psychiatric hospital in Neubrandenburg where I had been housed and committed to a closed psychiatric ward in Ueckermünde—all this without any medical inquiry as to the reasons or causes of my condition. After an 8-week stay, I became severely disabled and traumatized. After this experience, I could barely speak for 18 months; in fact, it took me ten years to truly rejoin my life. To this day, I still suffer from the effects of the forced treatment and acts of torture I underwent, which are all the more painful since I am aware the same doctors and staff I encountered have kept and continued to work in their positions without once being held responsible for their actions.

The control mechanisms in place in 1997, if they even existed at all, could not prevent the injustices that happened both to me as well as my fellow patients and their loved ones. The same continues to be true concerning the fate of people held in closed institutions who are completely at the whim and mercy of the assessments made freely by the staff at hand. Thanks to my inner strength and the support of a person close to me, I was able to free myself from the insidious web of the psychiatric system and psychiatric and psychotherapeutic clinics for in Neubrandenburg and Ueckermünde. After many long years of intense struggle—and despite continuing discrimination after my release—I was finally able to reclaim my life.

Authorities such as the Ministry for Equality, Labor and Social Affairs in state of Mecklenburg-Western Pomerania as well as regional and federal disability commissioners have been informed about the activities occurring in the psychiatric institutions mentioned above; however, none have responded in any way despite the extensive media coverage of my book “The Voices of Those Remaining.”

While we, the survivors of psychiatric torture and forced treatment and witnesses of the arbitrary practice of “standard” psychiatric and psychotherapeutic clinics in Germany are fighting in vain for our rights, and to this day have not been heard by the powers that be or supported by any political lobby, the loved ones of the detainees and inmates of forensic psychiatric hospitals, for example, Bianka Perez and Natalia Natalia Tenenbaum, have also run up against the unsurmountable wall of official omnipotence and disinterest when seeking to expose the human rights violations taking place in these institutions. Victims such as Michael Perez and Ernest Tenenbaum are both examples of the results of many years’ commitment in forensic institutions combined with years of being kept in complete isolation for uninterrupted periods of time (Michael has been placed in isolation for 444 days and Ernest every single day since October 17, 2013).

These two young men are unfortunate symbols of the consequences of committing delinquent, mentally ill individuals to forensic psychiatric institutions without offering the fundamental possibility to question the effectiveness of such measures. The compulsory administering of neuroleptics, forbidding the use of one’s native language, being strapped down for weeks at a time as well as physically harmed by staff, these and many other horrors have led to trauma and physical and psychic damage, damage which in some cases was later attributed to being part of the individual’s existing disease and, in others, even went so far as to drive the person to suicide. The chance that individuals who have had to endure or are currently enduring these “treatments” can go on to live self-determined lives is basically out of the question. Legally challenging medical expert reports, let alone taking on the medical profession, is in most cases a laborious, hopeless struggle for victims of the psychiatric system in Germany.

In light of the fact that the majority of those affected no longer have the power, in fact have lost the ability to raise their voices against the inhumane conditions and treatments of the German psychiatric system—and this despite the ratification of the UN Convention on the Rights of Persons with Disabilities—I urge the German people to become aware of these injustices and take action against them. Therefore, the stories of people’s lives which have been systematically destroyed by German psychiatric institutions will finally be addressed. Please ask policy makers to set the following goals for this year:

· External examination of the individual fates and/or deaths of the victims mentioned in the book “The Voices of Those Remaining” (Antje Wienberg; Stephan Dalitz; Simone Stark) as well as other possibly still undiscovered cases of the misuse of power, inhumane treatment or torture and psychiatric forced treatment, particularly in the following psychiatric clinics or hospitals with neurological departments:

· There is need for a professional review of psychological assessments made by head, senior and assistant physicians in the institutions mentioned as well as the authorities linked to them (e.g., the Social Psychiatric Service in Neubrandenburg), whose wrong doings can be proven by calling for this inspection.

· Comprehensive statistical data of cases of psychiatric forced treatments, killings and deaths in these institutions between 1990 and 2016 must be published and be one hundred percent complete.

· To this day, the public has not been informed about the whereabouts and further health development of the individuals depicted in the documentary film “The Hell of Ueckermünde. Psychiatry in the East” (Die Hölle von Ueckermünde. Psychiatrie im Osten) by Ernst Klee. In addition, there is also little information about the professional career path of the staff connected to Klee’s film. This must be explained.

·In the case of Michael Perez, who has been held at the Nette-Gut Forensic Clinic, and Ernest Tenenbaum, who is currently being kept at the Forensic Hospital in Ueckermünde, measures must be introduced to enable their recovery from the trauma experienced in these institutions. For those affected, suitable and humane therapeutic options must be created to allow them to cope with the inhumane conditions they experienced in these forensic facilities which led to an extremely significant worsening of their condition as well as changes to their personalities. Thus, an external review of possible killings and cases of death, as well as uncovering further cases of the misuse of power, inhumane treatment or torture and psychiatric forced treatment yet to be discovered, is particularly necessary in the following institutions:

·  The timely creation of a central contact center to enable staff at psychiatric clinics to anonymously report the misuse of power as well as torture so that an external review can be instated is absolutely mandatory.
·  Due to the severity of the aftermath brought on by psychiatric forced treatment and commitment, a continual monitoring system of acting psychiatrists and psychiatric staff must be put in place—especially in cases where decisions have a lasting impact. When enacted, this monitoring system could at least reduce to a minimum the possibility that professional misjudgments create irreversible damage. Allowing colleagues—who are acquainted with or possibly even friends with the staff—from either the clinic itself or clinics nearby to do the monitoring is completely insufficient. Likewise, making use of a court-appointed guardian in commitment procedures will also not offer justice for those involved.

· A nationwide fund must be founded to offer proper compensation to the victims of psychiatric forced treatment and torture, without excessively high levels of proof required from the victim in question.

· Public awareness concerning what takes place in German psychiatric clinics and institutions must be increased, taking specifically into account commitment according to the rules, laws and stipulations laid out in mental health laws.

· We must work towards establishing a culture of memory (e.g., setting up memorials at the institutions which can be easily viewed by the public) around the injustices committed against people in psychiatric and forensic clinics and hospitals.

· The awareness raising work undertaken and linked to these clinics and hospitals must be accompanied by a comprehensive final report made accessible to the public.

In the name of “The Voices of Those Remaining” as well as the unnamed victims, both living and deceased, of psychiatric forced treatment and torture in Germany,