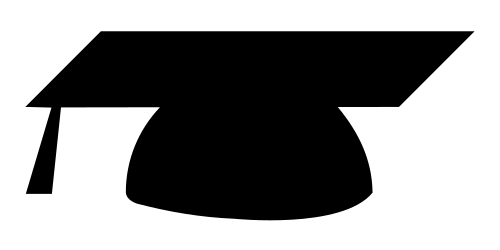 These excerpts are provided with comments on the doctoral theses of the doctors and politicians connected to our stories. The excerpts presented here confirm that the psychiatrist couples wrote their doctoral theses together. Soon you will learn more about the dark side of the other psychiatrists, whom I refer to in my book and other contributions.

Psychiatrists -The Voices of Those remaining

Dr. Rainer & Karin Gold (doctoral theses) The psychiatrists Dr. Rainer and Karin Gold are especially indebted to the then medical director (Prof. B. Nickel) of the Wilhelm Griesinger Central Clinic for Psychiatry and Neurology,,  which was a well-known training center for Stasi members in the former GDR; it was also known to be the place where psychiatrist Gold, among others, had carried out drug tests on vulnerable individuals, whom he referred to as “hospital goods”. You will be kept abreast about the results of an evaluation of documents which may confirm the psychiatrist couple Gold worked for the State Security.

Psychiatrist -The Voices of Those remaining

Dr. Thomas Bady (doctoral theses) (Blütgen has no connection to our stories and is merely mentioned as the co-author of Dr. Thomas Bady’s qualification paper.) (psychiatrist-The Voices of Those remaining)

Psychiatrist -The Voices of Those remaining

The results of the doctoral thesis of MU Dr. Ruth Andes will be evaluated soon (the title MU Dr. is what is awarded in the Czech Republic or Slovakia). After working in the Ueckermünde psychiatric hospital she embarked on a career as a senior physician in forensics at the same location.

The then Minister of Social Affairs responsible for the hell of Ueckermünde, Dr. Klaus Gollert

After becoming aware of my memoir “The Voices of Those Remaining”and my awareness raising efforts in March 2015, why did Dr. Rainer Gollert not distance himself from the conditions in the Hell of Ueckermünde a mere eight months later on November 17, 2015, at the celebration 25 Years of the State Parliament of Mecklenburg-Western Pomerania in front of all political decision-makers, but only from the public news coverage?

“The most negative thing I experienced during my time in government and parliament was the ZDF documentary about the “Hell in Ueckermünde”. Maybe some people know this already – it was depressing that in this place, where we had already done so much work, some TV team went into the institution and shot scenes which showed some very bad things. However, as I’ve said, this was at a time when we were catching up and couldn’t accomplish everything at once.”

“Humans rights must be integrated much more into political dialogue and constructive design of the world.” These were the words of today’s Secretary of State Dr. Stefan Rudolph, as already expressed in his GDR dissertation on the topic “People and Civil Rights in Political Education in the POS—a Critical Examination” in June 1990. May the ministry be measured by the words of its own Secretary of State, Dr. Stefan Rudolph.

The head physician-psychiatrist Dr. Rainer Kirchefer, the new Medical Director of the Dietrich-Bonhoeffer-Klinikum since October 1, 2017, who took over from Dr. Rainer Gold, is not interested in investigating the full extent of the events.

The discerning reader of your doctoral thesis asks themself, Dr. Kirchhefer, where exactly was the dirty laundry aired out?