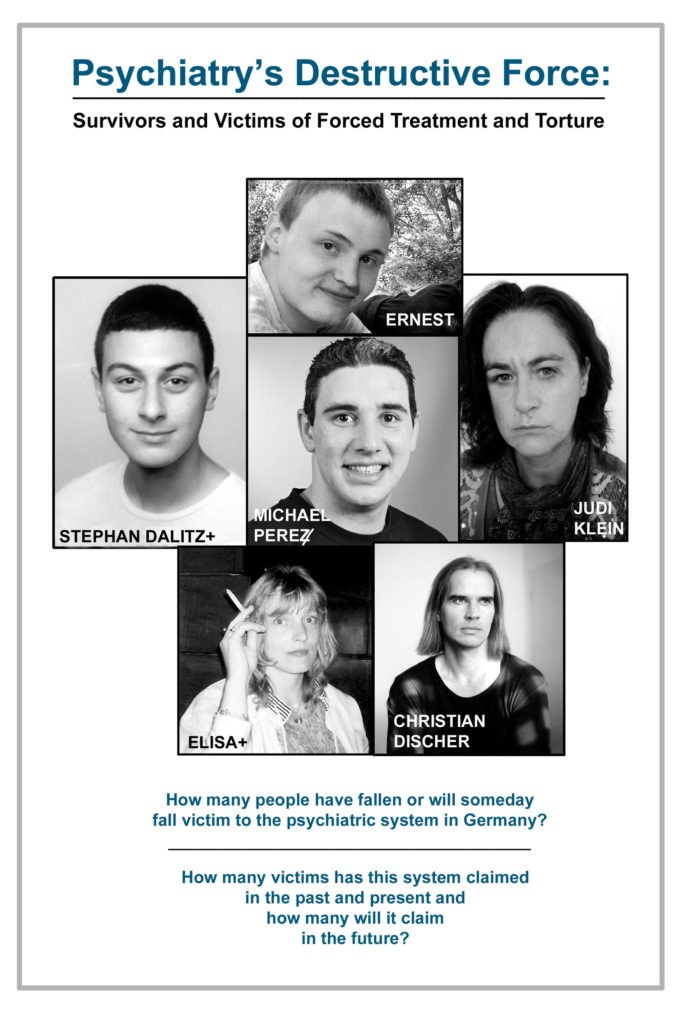 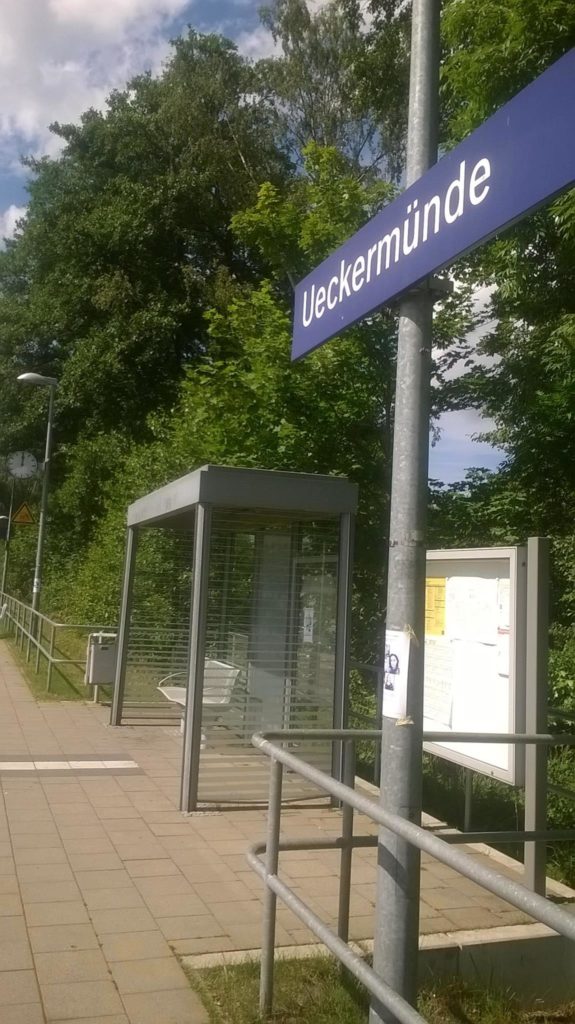 A dangerous incident occurred today, June 29, 2016, at around 3 p.m. in Ueckermünde. While Judi Klein began handing out flyers and hanging up posters on “Deaths, Victims and Survivors of Psychiatric Forced Treatment and Torture” near the train station in Ueckermünde, three adolescent boys between the ages of 16 and 18 started verbally attacking […]

We are spreading the news and raising awareness

After the Ministry for Equality, Labor and Social Affairs in the state of Mecklenburg-West Pomerania showed no interest in informing the public of the major human rights violations taking place in psychiatric hospitals in Neubrandenburg, Stralsund und Ueckermünde, we continued our campaign to raise awareness and gain transparency  In the meantime, many of our flyers […] 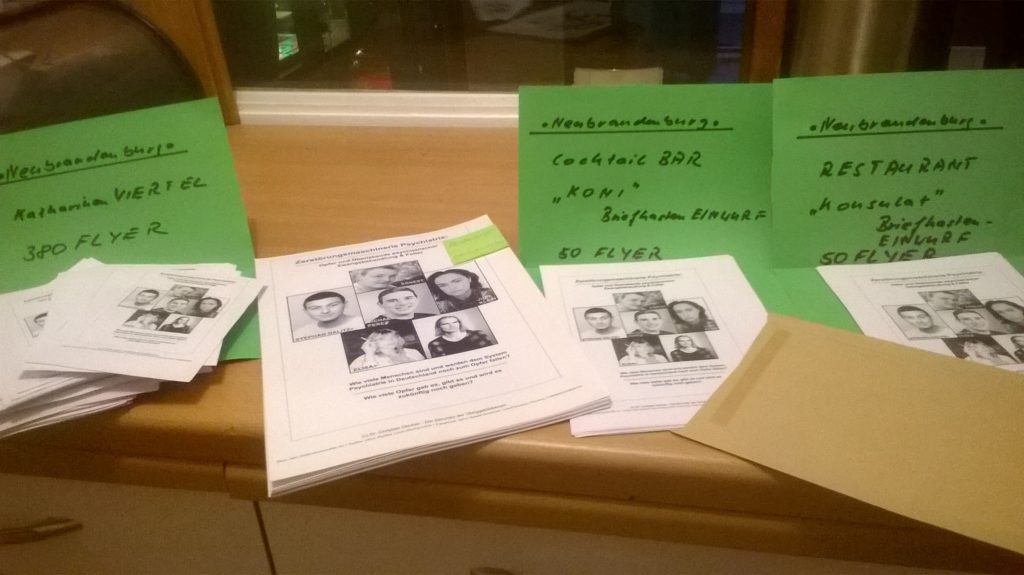 The fate of victims is also told in the darker corners of Neubrandenburg. A systematic distribution of the flyer “Psychiatry’s Destructive Force” has been arranged for every neighborhood in the city. Dr. Christian Discher

Today psychiatrists in Neustrelitz could finally remember the victims

At least we remember those who have fallen victim to or have died in the hands of the psychiatric system. According to an anonymous supporter, the medical staff closely connected to the story told in “The Voices of Those Remaining” seemed to be most concerned when the flyers were circulated. The distribution of the flyer […]