A witness speaks up 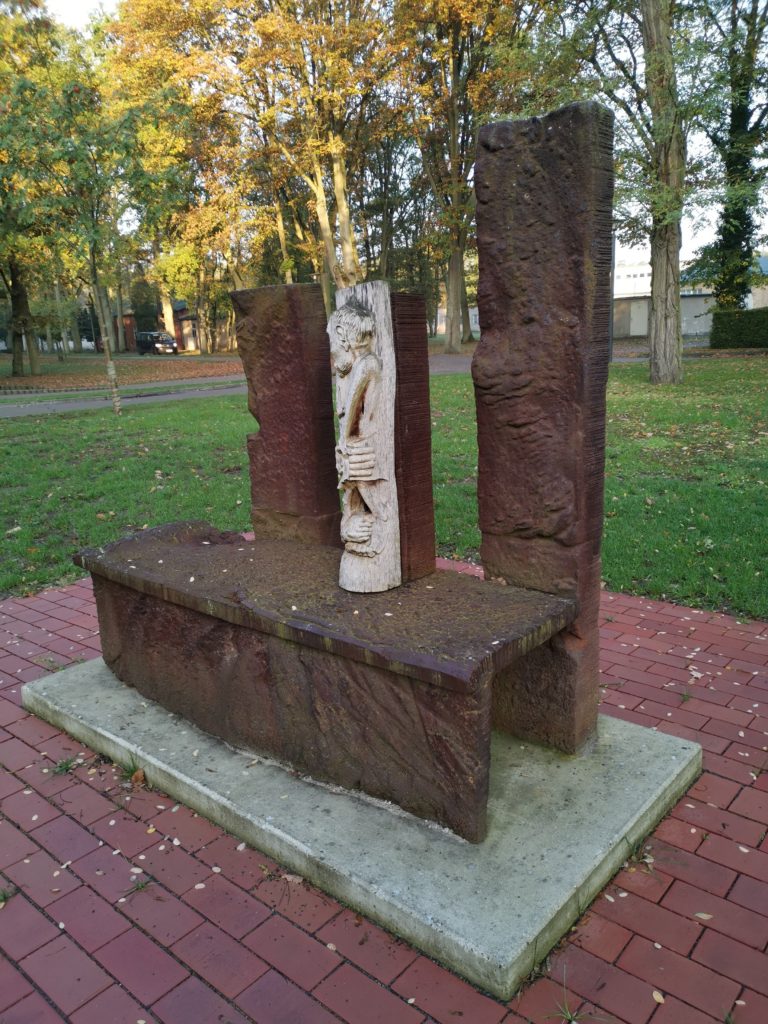 In the spirit of my deceased companions, a condensed testimony of a witness who has not yet been mentioned will be disclosed before my forthcoming and aforementioned article on the steep career paths of the psychiatrists involved in our story “The Voices of Those Remaining” is published.

About two weeks after his time there, my school friend and I drove to Ueckermünde and parked in front of House 12, a red brick building, for several hours, always hoping for a sign of life from Christian. At the back of House 12, a wooden door occasionally opened, leading to a kind of terrace from which a staircase descended directly to a circular path, a pre-drawn walkway, the surface of which was likely designed in the shape of an eighth of a football field.

I saw Mr. Discher there, dressed in sweatpants and walking down the stairs in slow, shuffling steps; he was coming towards me without the staff having noticed anything at that moment.

I was shocked at the sight of him, which I can describe as follows: His features were stony. Mr. Discher could not keep his eyes open or make direct eye contact; his eyelids opened and closed in an alternating rhythm, and his pupils were dilated. Apparently in great pain, he tried to lift his right arm to protect his eyes from the sun. Christian trembled all over and spit was coming out of his mouth and landing directly onto his T-shirt without him noticing. I wanted to support him and walked with him to an outbuilding on a ledge to sit on. His legs began to twitch while he was sitting. He was unable to speak but could understand everything I told him. When the nursing staff approached us, we left him behind. But this didn’t stop me from going to Ueckermünde again a week later.

This time we succeeded in entering the station of the red brick building of House 12. A janitor had apparently forgotten to lock the entrance door, which we used to gain access to the building. There was a smoking room on the left-hand side with a view of a narrow hallway, into which hardly any light shone. The room was about 3 square meters in size and Christian smoked a cigarette with about 15 people. The windows were locked up. These people were adult men and middle-aged and very old women, some of whom shouted loudly and talked incessantly at Christian, who stood motionless in the room and struggled to stay on his feet. Christian was not able to walk at a normal pace. He painstakingly shuffled his feet across the floor, like a robot. He could not move his head. After I addressed him directly, he laboriously turned his entire upper body and walked in small, shuffling steps in my direction. I saw in his eyes that he was hopeless and miserable about his condition. Christian seemed completely dazed and the whole environment, this smoking room, his room, which I had glimpsed into, did not seem like a place where people could get well. Instead, it seemed grey, dreary and cold.

This was my last visit to House 12 in Ueckermünde. I visited Christian again in August 1997 in House 40, a building that housed people with multiple physical and mental disabilities. On that day I wanted to go for a walk with Christian to the cemetery behind House 40, something Christian was no longer physically able to do. Christian could not walk five minutes without help. I then brought him to his room on the second floor of House 40.

After his release I spent every minute I had taking care of Christian. I accompanied him to doctors and psychologists. I can further testify that Mr. Discher did not receive any local support and was put under pressure by the hospital staff of Wilhelm-Külz-Straße. He was forced to comply with conditions that he had to fulfil but was not given any effective therapeutic help. In this state, he had to visit his psychiatrist at regular intervals to receive his medication.

In my opinion, little was talked about or treated therapeutically; instead, the pressure increased, and Christian’s entire personality was devalued. He was denied the right to graduate from high school; in close cooperation with the social psychiatric service, it was strongly advised that Christian do handicrafts or color pictures in the Steg, an institution for mentally ill people. In addition, monitoring calls were made all the time, letters of formal notice were formulated, home visits were carried out.

In this way, it was ensured that Christian felt downright tyrannized and under surveillance at all times. This was all solely about control, not about the recovery of a young person who did not want to go to an institution but to school to achieve a future perspective for himself other than that had been assigned to him. He was always a future-oriented person who not see his potential reflected in the training offered to mentally ill people, but rather in starting his university studies. His consistent rejection of taking part in handicraft and painting courses, of the permanent monitoring of his private life, of the massive amount of monitoring calls and threats from the official authorities, all of this – combined with leaving Neubrandenburg – prevented him from drowning in this system.

All official bodies failed. Christian was in a situation in which he needed help and support, not a pre-determined path in life, which did not allow any room for change. And this all because the doctors and therapists responsible, who first of all saw him for a maximum of 45 minutes a month, determined this to be so. In addition, as a second decision basis they only consulted his medical records, in which, for example, the result of an IQ test, which Christian had to complete under the influence of medication, was also included. I pay Christian my greatest respect for surviving this tyranny and not losing himself.

I will be available as a witness when a committee of inquiry is formed.